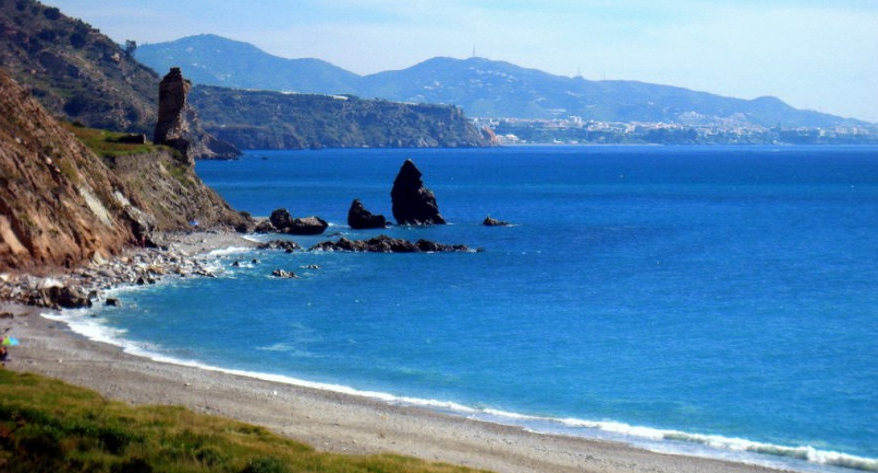 Malaga has become in the lastest decades one of the main destinations among european tourists, both for foreign and spanish tourists. This is not weird due to its enviable climate, besides all miles of coastline full with beaches and coves, from the most crowded to the less popular and hidden.

There are  many websites talking about the great beaches of Malaga, but these are mostly the most crowded and well known beaches in Malaga: Malagueta beach, the beaches of Torremolinos, Burriana Beach in Nerja, Puerto Banus in Marbella, etc. For this reason, today we are going to show you the name and location of the most beautiful and quiet beaches in Malaga province.

With an average of over 300 days of sun per year, Malaga is the perfect destination for all beach and coastal lovers. Don’t hesitate and come to know these beautiful corners hidden along all the coastline of Malaga province.

This beach located in Nerja is the most eastern in the province of Malaga and it borders with the province of Granada. It is located right in the natural park Acantilados de Maro-Cerro Gordo.

This few crowded beach is totally surrounded by an idyllic natural environment and it is protected from the wind and the waves by its amazing cliffs. This cove has not an easy access because for arriving there, you will have to walk across a little path, going down by narrow routes in its cliffs. This add some charm and tranquility to this cove in Nerja.

Cañuelo beach is a cove of sand and gravel, with totally clear and calm waters, which are perfect for practising snorkel or diving since the marine life also fills the waters in these beaches. Here, you will be even able to see endangered species, as the Orange Coral, which is protected in this zone.

This beach is considered to be as one of the calmest in Costa del Sol, so if you are looking for a beach with a few influx of tourists and a place to be relaxed (both in Winter and Summer), Cañuelo cove could be your perfect option.

Click here to see the location of El Cañuelo beach

The beach of Peñón del Cuervo (Raven’s Rock in spanish) is located in Malaga city, and it gets its name from a rock formation shaped like a raven, which divides the beach in two parts.

It is a protected place because of a specie that live in this place, an endemic endangered plant: the immortelle from Malaga (limonion malacitanum).

In addition to being a beach with a great appeal and well maintained, it counts on picnic areas and barbecues, which are freely reserved every weekend to enjoy with family one environment like this. It is also quite common that the city council arrange concerts and live music during summer months in this nice spot.

Very close to Peñon del Cuervo, you will find the beach of La Araña, which also have a children’s play area, so the younger can also be entertained.

It is situated between the sports marina of El Candado and the cement plant.

Click here to see the location of Peñón del Cuervo.

This beach is also very close to the locality of Nerja, only 6 km away, and it is composed by two little coves, which are separated by ancient fallen rocks, but you can pass from one cove to other easily on foot.

Both coves are beaches with fine sand, and they are located between the beaches of Alberquillas and Torre del Pino. Just like the rest of the beaches located in the area of Malaga, they are protected beaches because of the flora filling its cliffs. They both are also beaches with calm and transparents waters and caves hidden between their rocks, so they are a perfect option for the diving lovers too.

This beach has a difficult access too, so you will have to leave the car and walk a little bit among their cliffs to reach it. It is a cove with a few influx of visitors (caused in part for its difficult access and because it is few known by the tourists) where the people usually practise the nudism.

These beaches around the natural park Acantilados de Maro y Cerro Gordo are a tempting destiny for those who practise the sailing too. You can make a boat trip by Acantilados de Maro, besides knowing the Herradura port and Nerja city.

This beach situated in the locality of Benalmadena is formed by different little coves, which are perfect for diving lovers. It is considered by many people as the most beautiful beach in this part of Costa del Sol. It usually means a surprise for every those who visit it for the first time. Hidden between palm trees and Mediterranean forest you will find this little beach with approximately 100 metres long. The few influx of visitors, just like its clear waters full with life make it perfect for those who are looking for a bigger calm or for enjoying water activities as the diving or snorkel.

Viborillas beach is a beach of gravel and surrounded by lush vegetation and it is protected from the wind and the waves by little cliffs. Moreover, you will be able to visit little coves hidden among the cliffs, to which you can’t access directly from the land.

Furthermore, this beach counts on an excellent restaurant situated in the high part of the Cliff, which is perfect to prove a nice fry of fresh fish between baths.

Click here to see the location for the Beach of Viborillas

This beach, also located in the city of Benalmadena, is formed by different coves too, which are separated each other by little sections of rock. This coves are characterised by its dark sand and the moderate waves that usually take place in this zone. Its expanse is up to almost 400 metres, with an average width of 15 metres, and it is only 30 minutes away by car from Malaga city.

Even when they are less frequented coves, The good thing of these coves is that they count on all kind of services for the tourist: cafeteria, restaurant, handicapped access, parking, hammock and loungers hire, etc.

This beach is located next to the localities of Nerja and Maro and it was nominated in 2014 as the second best beach in Spain. If you pass by Malaga, you can not miss this hidden spot among the Maro’s cliffs. Unlike other more touristic and more centric beaches in Malaga, Caleta de Maro is surrounded by a natural environment that gives it a savage charm.

Maro beach cove (Caleta de Maro) received the same name as another beach at only 1 km away: Maro Beach

Maro beach cove has the same characteristics of Maro beach (there are two of the several beaches situated in this amazing natural surroundings),but it is smaller and the access is more discreet, so it is not as crowded as its bigger sister.

This natural area is simply a paradise and it deserves to be visited at least once in the lifetime.

Although this beach is located in the municipality of Almuñecar (Granada), we wanted to include it in this post since it is right in the provincial border and it is also part of the natural park of Acantilados de Maro-Cerro Gordo.

This beach is known for being the best nudist beach in Costa del Sol. Just like the rest of the beaches situated in this area, it is protected due to its marine life and the flora that settles their cliffs. Located between cliffs that protect it from the wind and waves, this beautiful cove of sand and gravel has a totally clean and transparent waters.

If we add the crystalline waters to the great amount of life that houses this area, we will find the perfect combination to make aquatic activities as the diving.

Furthermore, this beach is divided in two zones too. Despite of being a nudist beach, this cove is highly frequented by people that don’t practise the nudism, so they will also have their own area.

Click here to see the location of Cantarrijan beach

During the summer’s month, the access to this cove is restricted, so we recommend you to arrive there by bus or either by you own charter boat.

From this beach you will be able to have a rewarding stroll until reach one of the other coves mentioned before in this post: Cala del Cañuelo.

If you want to visit the different coves and beaches in Malaga you can always rent a boat to travel and know the Costa del Sol from another perspective. You can organize your own boat tour.

Find in the following map all the beaches mentioned before: 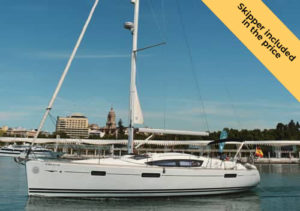 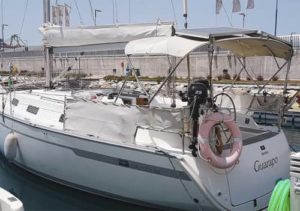 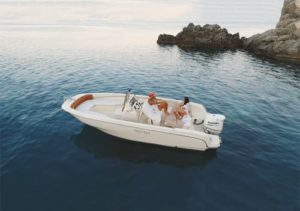 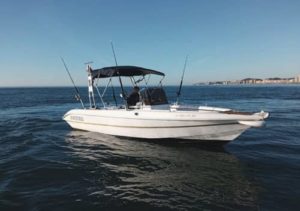 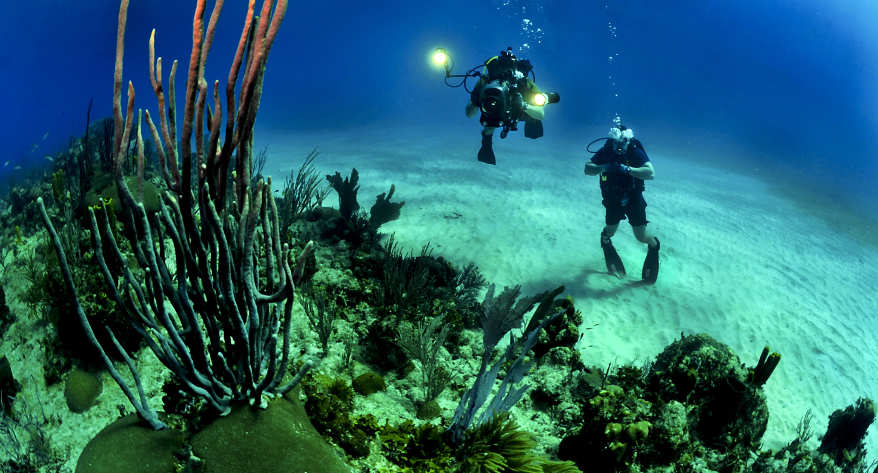